The mobile sector has expanded by 600% since 2015 and is showing no signs of slowing down. As a significant subcategory of it, mobile gaming is showing an equally impressive growth. The industry has multiple correlation points and potential synergy effects with another trend that is rapidly gaining in popularity – blockchain technology. Despite that, the application of blockchain within the mobile sector remains largely unexplored. While there were some initiatives over the last several years, none of them managed to gain enough acceptance to establish themselves on the market. A new blockchain project is about to change this for good, empowering the mobile app sector with the advantages of the novel technology based on distributed ledgers.

Game Changer is a blockchain-based token that can be used for cross-app purchases. The project creates a whole ecosystem combining a multitude of different cross-compatible apps into one single app store. The main purpose is clear – to have a universal currency which is not reserved for just one specific game or application, allowing for a wide variety of advantages for both users and creators. For app users, this would mean more incentives to spend on in-app currencies, as these will be transferable from one app to another. Furthermore, users can exchange their tokens back to real money if they decide to, adding an additional level of flexibility to how they can spend the currency and not have it reserved for just one specific purpose.

Another potential benefit of having a unified currency is that you can assign a monetary value to in-app items and trade them across the board, a feature that opens unlimited monetization options for creators, as well as a source of income for passionate mobile gamers such as streamers or professional players. An example could be a customized outfit used by a famous streamer, which he can decide to sell to another player – something that is currently not possible, as items and in-game currencies are whether transferable nor refundable after purchase. With a blockchain infrastructure, the creation of a transparent, intermediary-free marketplace with very low fees becomes possible.

A common advantage of Game Changer specifically for both mobile gamers and creators that comes with having one gaming ecosystem is the direct connection between the two stakeholder groups. The gaming sector is notorious for relying on the feedback from consumers – the community has considerable power and is able to obliterate big productions in the matter of days if they fail to meet their expectations or are perceived negatively. The impact thereof is tremendous, forcing game development studios to do their best in gathering as much information as possible prior to the development, release and ongoing expansion of new games. The option to exchange feedback back and forth between players and developers would result in the creation of products that fit the need of the consumers, hence higher spending and more success for the creators – a win-win situation for both.

Companies creating mobile applications can also benefit from an universal currency powered by a large ecosystem, allowing them to gain access to a wide audience of potential buyers without the need for high investments in marketing. Furthermore, advertising becomes free of intermediaries, resulting in less fees for the advertisers. The application process for new apps and developers would resemble the standards of the App Store and Google Play.

At a later stage, the project plans to launch a blockchain-based social media network with a wide variety of additional options for the participants in the ecosystem, including the creation and exchange of NFTs.

Mobile is the future. What is more, the mobile gaming sector is among the leading entertainment industries and has one of the highest growth ratios in the past decade. Game Changer is tapping into an opportunity before everyone else, potentially becoming a trend setter that will completely transform the industry as we know it.

To learn more about the project, their blockchain-based currency for gaming, the advantages for gamers and developers as well as their future plans, visit https://gc-token.com/

We change your mobile experience! How you perceive apps and use them instinctively or play mobile games and be entertained with them will change. You will wish it had always been this way. Here is the cross-app mobile revolution we”ve all been waiting for! 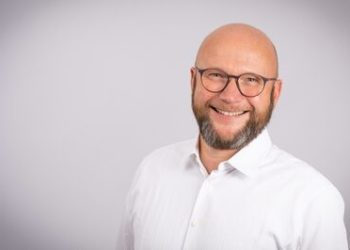 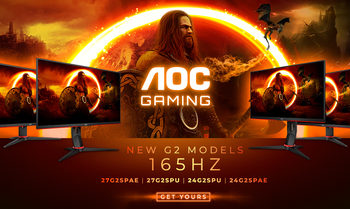